Most traders or investors have heard of Warren Buffett chairman and CEO of Berkshire Hathaway. Buffett is a legend in the US with hundreds of articles, TV and documentaries spotlighting his strategies over the last 50 years.

There is no question of the performance of Buffett or Berkshire Hathaway, returning nearly 20% p.a. on average in book value increases since the 60’s. The only problem is that Berkshire Hathaway Type A  shares are trading at nearly US$258,000 each, which puts them in a league of there own. 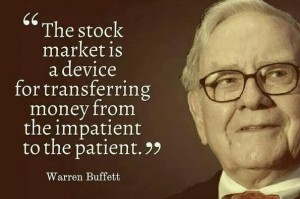 If you could afford to buy BRK.A, there are no dividends, not one cent has been paid to shareholders – ever – so the only way to benefit from ownership is to sell your asset and lock in your gains.

In 1998, Berkshire Hathaway created a Class B share, the difference between Class A and Class B shares is twofold; 1 – the price, at listing in 1998 the BRK.A shares were trading at around US$78,000, the BRH.B shares listed at US$52.50 and 2 – Class B shares are non voting. They both benefit from the same management and performance.

Currently BRK.B shares trade around US$170, not cheap by Australian standards, but a pittance compared to BRK.A shares. BRK shares are managed very well but they are still at the mercy of the US sharemarket, during the GFC falling around 50% and during 2015 nearly 16%, this short term weakness has been easily eclipsed buy longer term performance.

So how can i gain access to BRK and limit the downside risk of normal market forces?

Vested equities have partnered up with Sequoia, the leader in structured products in Australia to create something very special. This product allows you to borrow the money for BRK.B using the value of the shares as collateral and receive a coupon payment each year based on the performance of BRK.B – the rate on the borrowing is approx 6.7% p.a. very competitive for investment loans – this is paid up front for 3 years so for around $11,000 AUD you get exposure to US$50,000 worth of BRK.B

With leveraged products (those that you borrow money for) have the tendency to allow you to lose more money than you put into the trade, not this one – the most that you can lose is the upfront cost (which is your interest and establishment costs) – this is achieved through a Limited Recourse Loan.

Given the average increase in book value of around 20% p.a (unleveraged), the return on a 100% leveraged BRK.B asset should be quite spectacular.

If you would like to invest directly with Warren Buffett’s Berkshire Hathaway, gain exposure to the strong US market feel free to contact me directly on ssoars@vested.com.au for some more information and a copy of the PDS 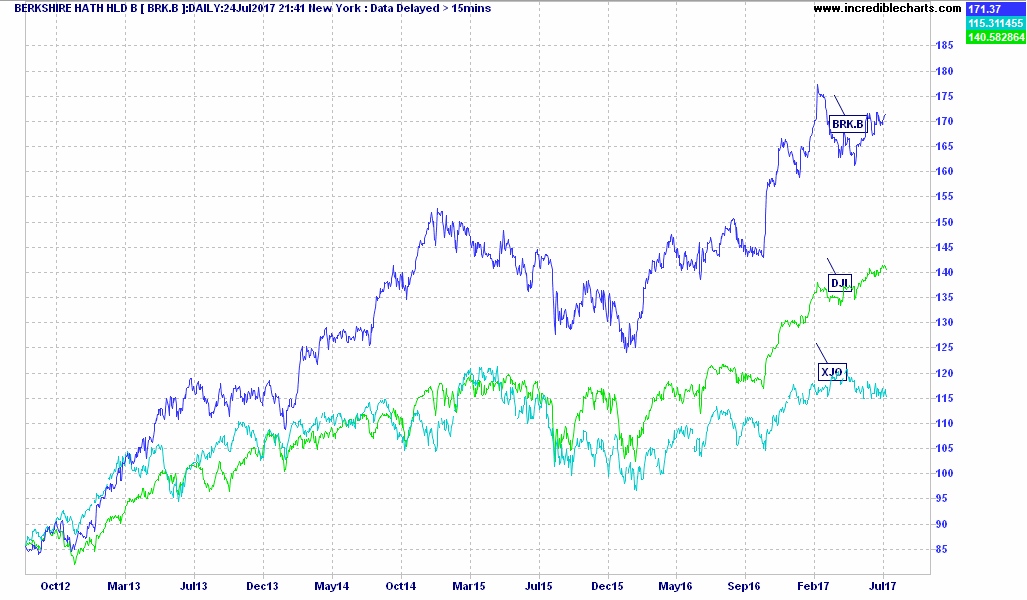 Berkshire Hathaway Inc. is an American multinational conglomerate holding company headquartered in Omaha, Nebraska, United States. The company wholly owns GEICO, BNSF Railway, Lubrizol, Fruit of the Loom, Helzberg Diamonds, FlightSafety International, Pampered Chef, and NetJets, and also owns a large holding in the Kraft Heinz Company, and significant minority holdings in American Express, The Coca-Cola Company, Wells Fargo, IBM and Apple . Since 2016, the company has acquired large holdings in the major US airline carriers and is currently the largest shareholder in United Airlines and Delta Air Lines and a top 3 shareholder in Southwest Airlines and American Airlines. Berkshire Hathaway has averaged an annual growth in book value of 19.0% to its shareholders since 1965 (compared to 9.7% from the S&P 500 with dividends included for the same period), while employing large amounts of capital, and minimal debt.

According to the Forbes Global 2000 list and formula, Berkshire Hathaway is the fourth largest public company in the world, and the 9th largest conglomerate by revenue. Berkshire is currently the 7th largest company in the S&P 500 Index by market capitalization and is famous for having the most expensive share price in the world.  (https://en.wikipedia.org/wiki/Berkshire_Hathaway)